Man, I hope my blog doesn't turn into a re-learning experience blog! I made it a point to wake up at 5am and get down to IB to shoot. I get there and it was big and unorganized. So instead of searching for waves like I did back in my grom days as a bodyboarder, I called it a morning and came home.

Sure enough, 10:30am rolls around and I get a call and text from two different people that I've been trying to shoot. Both were at Scripps and both said that I could've scored some barrel shots!! Argh!

Note to self: Re-learn the search!

PS: No more blogging from phone! That didn't work out to well. 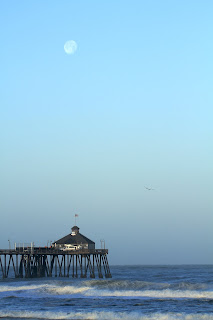 Email ThisBlogThis!Share to TwitterShare to FacebookShare to Pinterest
he batteries and formatted the memory cards. Camera bag is packed and loaded. I'm awake and ready. Its 5 something. Leaving house now. Be back with the g
Posted by In The Water at 5:23 AM No comments:

Email ThisBlogThis!Share to TwitterShare to FacebookShare to Pinterest
oods later!
Posted by In The Water at 5:23 AM No comments:

Email ThisBlogThis!Share to TwitterShare to FacebookShare to Pinterest
Crossing My Fingers. The conditions should be good this morning. Made the calls last night to Fowler and Knox. I wish Bragger lived down here.
Charged t
Posted by In The Water at 5:11 AM No comments:

If you take photos, you've heard of HDR (High Definition Range) photography. I've seen some pretty epic photos that are HDR and they look surreal. So this morning, I woke up at the butt crack and grabbed my camera bag and headed down the street.

The clouds where moving pretty fast. But with the Canon 7D, I set up the bracketing sequence to +/- 3 and used the high burst to be able to stop the clouds in their tracks. I read that you could snap just one RAW shot then manipulate the file to get three different (or more) exposed photos. But didn't have to with my camera. Plus, I was shooting high rez jpgs so I had to bracket.

These are essentially my first stabs at HDR. I took the three bracketted images into Photoshop CS4. File/Automate/Merge to HDR and viola! Almost done. Messed with a couple more adjustments and then boom! HDR doggy dog. I know my shots are not as sick as some of the ones I've seen but it's only the beginning. 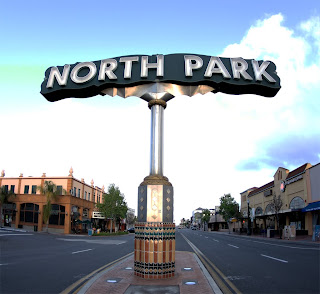 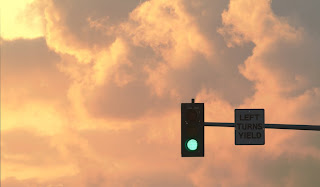 Big thanks John Ashley! John has been running his Stand Up Paddle surfing blog for three years and he's the man when it comes to SUP surfing in south San Diego. We linked up in the water last week and it's on. I'm excited on shooting some SUP surfing.

He asked to interview me and I was happily excepted. Check out the interview of me as a photographer not a bodyboarder. It was cool talking about past photo shoots and other photographers. And yes, there's a lot of boogie stuff in there too.

Check it:
Manny V Interview on PaddleSurf.net
Posted by In The Water at 7:31 AM 1 comment:

Here's a look from my window this morning. No blue skies just wetness on the streets. I used my wife's point and shoot camera. It's the Canon PowerShot A100 IS. If anyone is in the market to buy a digital camera to lug around to parties and other events, be sure to get one that offers IS (Image Stabilization). IS is Canon's way of saying anti-shake. Every company has their own way of saying 'help me keep my photos sharp.'

What does rain have to offer photographers? Wet asphalt, concrete and other surfaces offer cool reflections. And shooting in rain helps you practice your setting adjustments. Plus, you're outside. That's always a bonus  : )

I'm heading out and going to experiment during lunch and see what we come up with. Stay tuned.
Posted by In The Water at 8:15 AM 3 comments:

I learned something today.

I learned that my new Canon 7D and SPL Water Housing doesn't do me any good at home while groms are killing the inside of Wind and Sea. Here's how it started:

I called my friend Nelz to see if he wanted to get in a session at the Wave House. This was after watching the IB cam on Surfline for 30 seconds. (Yeah, I don't have an account with them, yet.)  The waves looked a little choppy and small on the cam. So Wave House was on. I had a $40 gift card for the BMax that I need to use. And I know Nelz likes that thing but he won't admit it. But instead he said he just got out from WindNSea and it was fun and glassy. Stoked. I'll be right there.

I looked at my camera bag that I just packed from the Wave House and I decided not to take it. I thought it wasn't going to be good to shoot. There was an overcast marine layer towards the coast. So I left the gear.

I get to Nelz and it's glassy and epic conditions. A set rolled in and no one was on it. After a quick check at Mariner, I came back to WindNSee and Nelz took off.

I get back to WindNSea, get ready and paddle out. I went straight pasted the last guys out and sat about 30 yards out from them. Only one set came through that I was able to catch out of the hour and a half I sat there in trunks and an Aleeda wetsuit top. It was getting chilly and the wind came up a little. I caught one more and came in.

As I'm changing, another perfect set comes in and hits the reef perfectly in the middle. I saw this one grom get a couple waves and absolutely kill it. It was cool watching him tear it up being so small.

I looked around and there was only one guy shooting. He was shooting from land and didn't have a tripod. When I realized that I could've gotten so many photos during those two hours, it hit me... I'm a photographer now. Yeah, I love to ride waves and always will but there was a big part of me that wanted to kick my own ass for not bringing my camera.

I had to document with something so I used the Flip Video and my crappy BlackBerry Curve. I say crappy not because of the video quality, that was actually good. I just have troubles with the never-ending hour glass thing that pops up on me alot.

Yeah, I learned something today. I like taking photos.

I've been scratching my head trying to figure out how to bring everything I do together. And it's time... the Manny V In The Water blog has started.

I'm going to shape this blog into a personal diary documentary of sorts. Which means, it'll be a very opioniated, very personal blog that'll include everything from my new passion, photography, to everything bodyboarding to traveling secrets and I'll even through in some personal lifestyle stuff in there as well.

I invite you to join me, leave comments and ask me questions. Please understand... this is where Manny V will reside on the net 24/7.